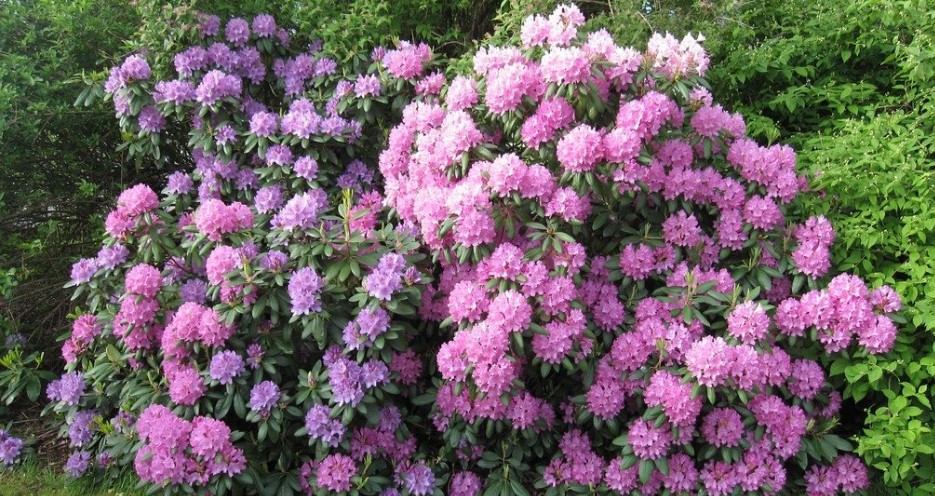 Rhododendrons are a genus of woody plants popularly known for their attractive flowers. They are widely ranged and comprise of about 850 species. They are sometimes referred to as the ‘red tree’ from the red flowers and woody growth of some species. They can be evergreen to deciduous or low growing ground covers to tall trees.

The leaves are thick and leathery and evergreen in all the species except the azalea species. The flowers are lightly scented and are found in a variety of colors- white, yellow, pink, scarlet, purple, and blue. They range from tubular to funnel-shaped.

What can make a rhododendron dry up and die?

A couple of things could cause your beloved plant to dry up. Sometimes, it could be one of the following factors or more than one. Inspect your plant to ensure that it isn’t suffering from any of them.

Most rhododendrons die due to waterlogging and poor drainage. If the soil particles are compact or too heavy, the plant will not grow to maturity and will die. Dark brown roots can be noted to show this.

Rhododendrons have surface roots and they should not be planted too deep in the soil. The root ball should be at the soil surface or immediately below it. If the roots are buried too deep, the plant will die. The roots should be able to breathe, therefore too much mulch should not be used on the surface of the soil.

Hardiness rating needs to be considered. Bark split results from late frosts in spring or early autumn when the sap is flowing in the stem of the plant. It can heal up but in extreme cases, bark split can kill a young plant. It takes around 6 to 9 months to notice a sudden collapse which can be sighted on the stem at the base of the plant.

Like any other plant, the rhododendron does suffer from a variety of diseases and pest infections. Knowing the most popular and how to handle them before they kill your plant is a great line of defense.

This is a disease that occurs when fungus comes from old tree stumps. It covers the roots in black bootlaces with a white core.  Not much can be done to control this and the plant eventually dries up and dies. Heavy-duty polythene can be used to prevent bootlaces from getting through the soil.

If you look at the stem just above the ground and you notice it has been eaten up, vine weevils are usually the cause. They are more of an indoor problem to a potted plant than an outdoor but they cause death when the plant is young.

What are the early signs that rhododendron is going to die?

Telling that your plant is about to dry off might give you a chance to troubleshoot, identify, and remedy any problems that are making the rhododendron start drying. Here are the early signs to look for:

This happens when the plant has a magnesium deficiency. The leaves turn yellow between green veins in older plants. Sprinkling Epsom salts around the plant help to control this. In younger plants, the sign shows that the soil is too alkaline for the plant. Spraying Iron Sulfate around the plant can help relieve this as well as making the soil more acidic in the long term.

Check this too: Why are My Succulents Dying?

This is caused by several types of fungus and the humid summer temperatures. Cutting a few branches to clean up the plant helps with overcrowding. They do not look great but they are an early sign of death to some species.

This is normally caused by a type of fungus that gets under the bark. It causes a stem of a rhododendron branch to die in the middle of a healthy plant. It attacks plants that are under stress because of drought, late frosts, and too much sun exposure. The dead branch should be cut off as soon as possible to prevent the whole plant from dying.

This happens when it gets cold during winter as the plant tries to conserve water in the cold spell. This is not so bad but when it happens during summer, It is a sign that your rhododendron is too dry and needs to be watered immediately or it will dry up, have wilting leaves and eventually die.

This is caused by a fungal infection known as Bud Blast. It causes the buds of the rhododendron to turn black and die before they flower.

What to do to revive or prevent a rhododendron from dying

There is always hope to bring a dead plant to life. Here are some ways to revive a rhododendron or at least try to save a dying rhododendron:

General tips for caring for a rhododendron

Rhododendrons are great plants to have around as they have great health benefits such as prevention and treatment of diseases associated with the heart, dysentery, diarrhea, detoxification, inflammation, fevers constipation, bronchitis, and asthma. The leaves also have effective antioxidant activity. The plant needs little maintenance and its benefits make it worth saving.