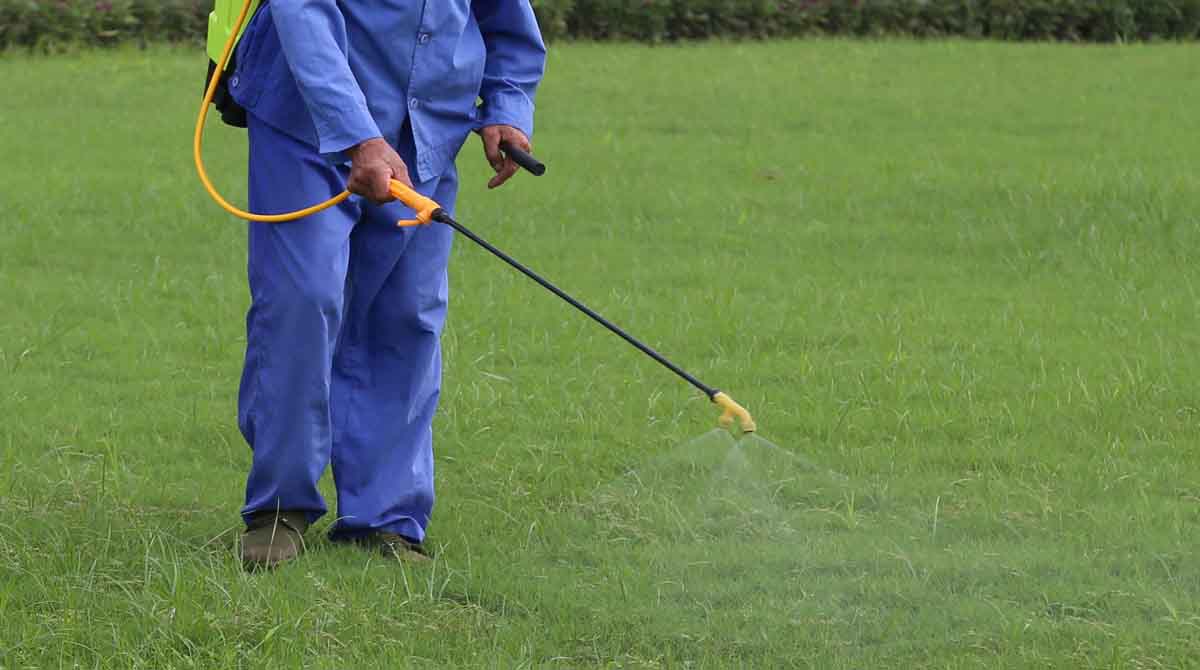 Pulling dandelion or other broadleaf weeds from a big lawn can be very tiring. This is why some shrewd lawn owners opt for weed killers like Atrazine. Atrazine is an herbicide in the triazine class that’s used to get rid of broadleaf weeds in cane and maize plantations.

You can also use it to clear herb weeds or broadleaf weed like dandelions on your residential lawn or on any other turf.

How Long Does Atrazine Need to Work?

Atrazine needs an average of 14 to 21 days to kill weeds. This is because the herbicide needs some time to absorb through the weed’s roots up to the leaves before it can take effect. It works by inhibiting photosynthesis hence starving the plant to death.

Check this too: When to apply dimension pre-emergent

Once applied, it can keep working effectively for a couple of months. You will, however, need to spray it around twice a year to maintain its effect on weeds all year round.

When Is the Best Time to Spray Atrazine

Spray atrazine with a good sprayer in January before the weed recovers from winter and in November when crops around you have been harvested and there is a lot of seeds in the air.

Atrazine, though efficient, is one of the most controversial yet popular herbicides in the world. Some research has shown that the chemical leaches into water sources and over time could build up to toxic levels for small animals like frogs, bees and birds.

However, Atrazine has no known effects on humans. FDA hasn’t had reason to take it off the shelves. Other research firms are working on establishing reason enough to pull it off but no one has come up with findings that to convince humanity otherwise.

Check this too: How long after spraying 2 4 D can I mow?

Here are some highlights on Atrazine.

Direct exposure to Atrazine can still be dangerous. Use protective gear when spraying it on your lawn if you must. If you don’t like the uncertainties around it and your lawn isn’t that big, you can always use a weed puller to free your lawn from weeds.